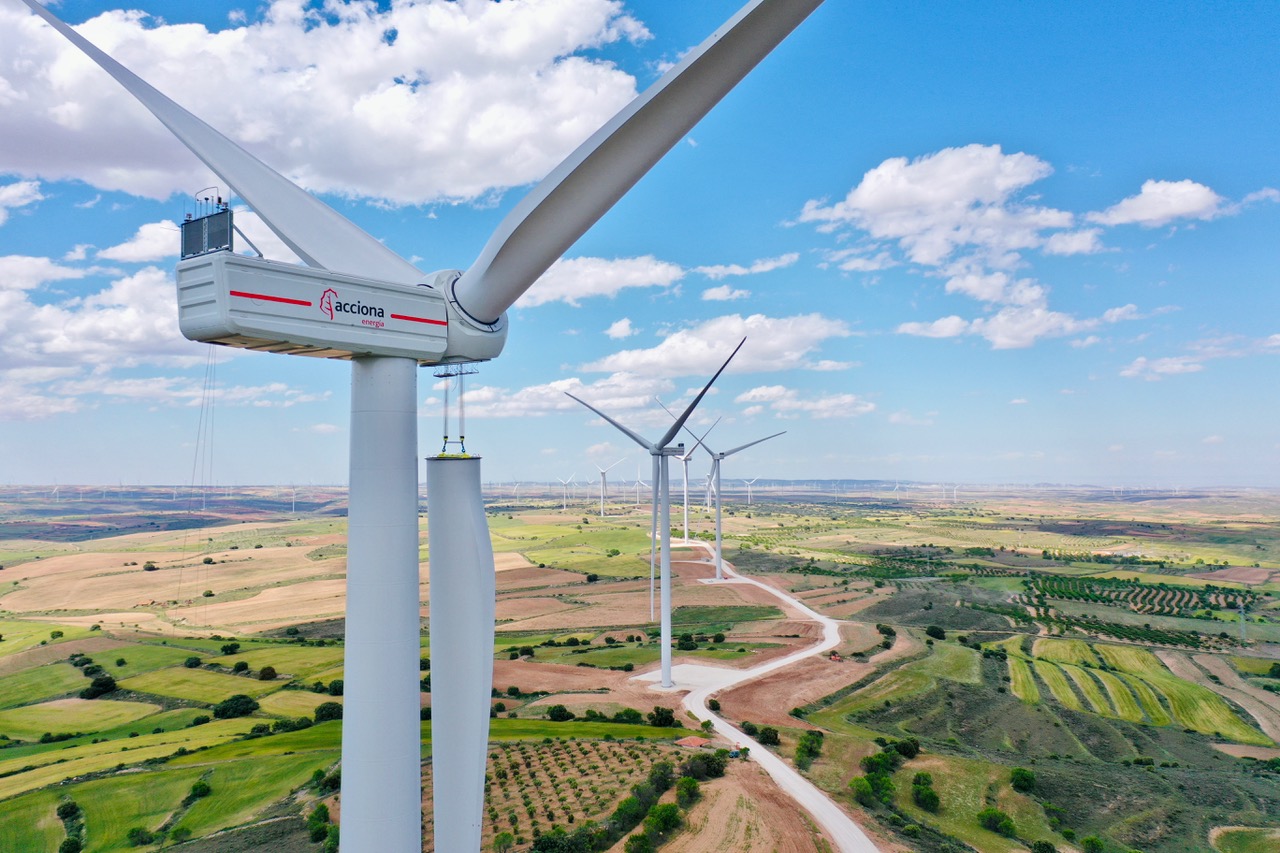 BladeRunner, the crane less blade replacement system developed by Nabrawind, has been used to execute a demonstrator maneuver for ACCIONA Energía in Aragon (Spain), consisting of the uninstallation and installation of a brand new Nordex N149 blade.

The operation was part of ACCIONA Energía’s strategy to identify new solutions for wind turbine installation and maintenance for the upcoming generation of turbines.

This was BladeRunner’s first operation with blades over 20 tones and 70 meters, confirming the applicability of this technology for all the current onshore blade’s market, only 9 months after the entry into market last year in a first maneuver in France, where it replaced a six times lighter blade.The trial planned by both Spanish companies confirmed the ability of the system to install and uninstall a representative unit of the new generation of extra-large blades, that will dominate the market in the following years, and that currently require large cranes for installation and maintenance.

Ion Arocena, Nabrawind’s Programs Office Manager, has highlighted the “success” of the demonstration maneuver with ACCIONA Energía. Arocena also emphasized that “this maneuver confirms BladeRunner applicability to all blades on the market”. Finally, he also expressed his admiration for how “ACCIONA Energia keeps on being an early adopter of innovation in the wind industry, a role that the company remains since the pioneering wind farms developed in Navarre in the 90’s”.BladeRunner had has a warm welcome from the wind industry market since Nabrawind released the system late last year. Actually, the Spanish company announced last week a new contract with InnoVent to develop and produce the system to be be used in the 3MW turbines of the French developer.

BladeRunner is a crane-less blade installation and de-installation system developed and patented by Nabrawind. The system is based on the installation of small equipment on the hub of the wind turbine, which is used to directly manipulate the blade, which ascends and descends in a vertical position. The system is connected directly to the inserts or T-Bolts of the blade root, which avoids exerting force on its aerodynamic surface, eliminating the risk of cracks appearing in the handling area, which are becoming increasingly critical as the blades grow in weight and size.